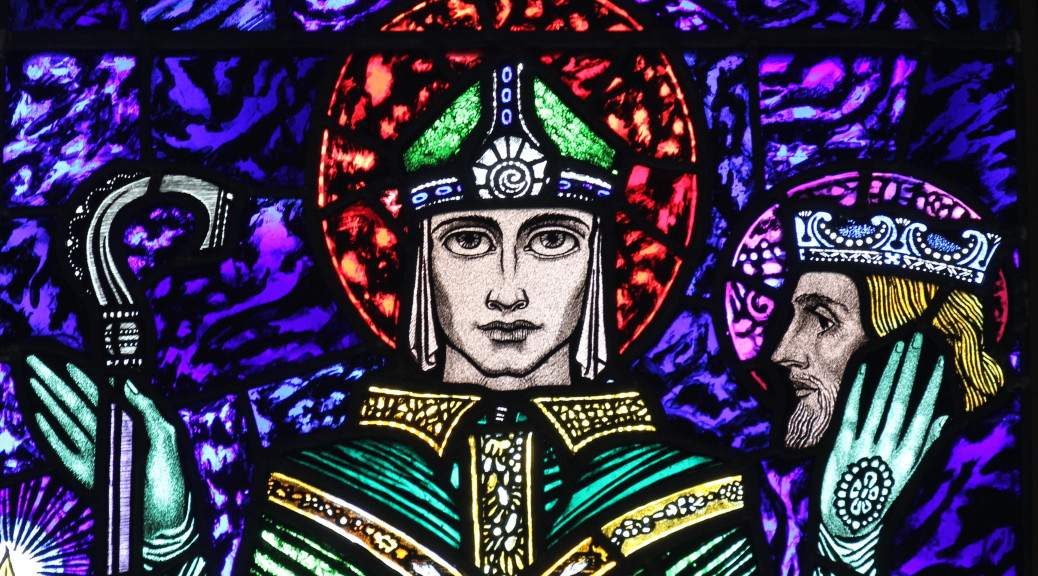 The beautiful window in the centre of the south wall was subscribed to by the parishioners of St Cuthbert’s in affectionate memory of Canon William Brown, who came as a curate in 1874 and served as Parish Priest from 1887 – 1924. 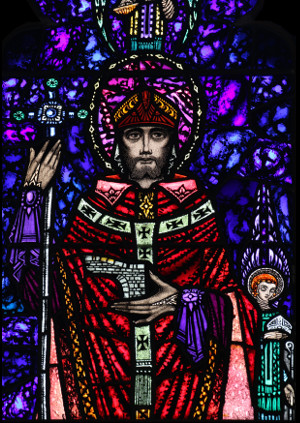 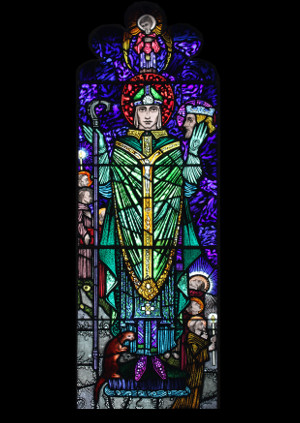 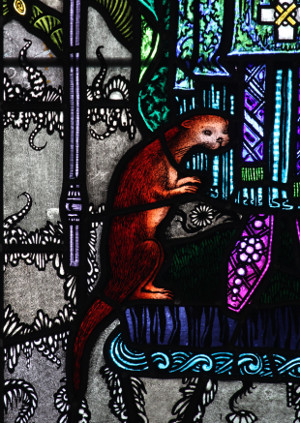 Otter at the feet of St Cuthbert 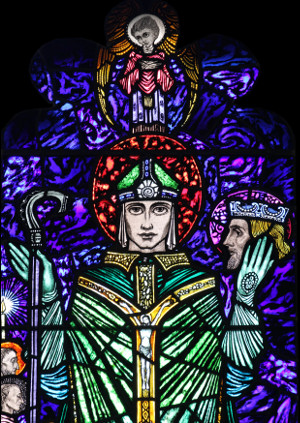 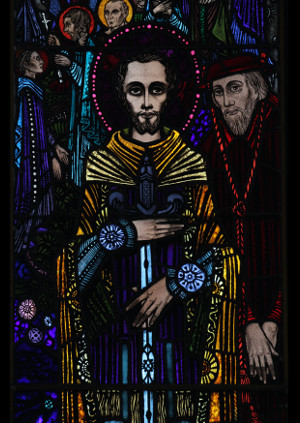 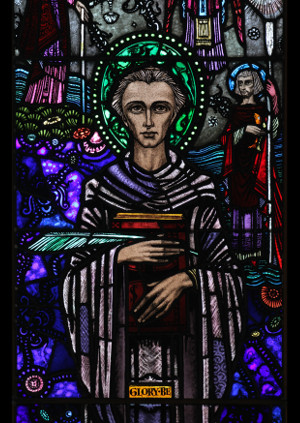 The window was installed in 1931 and is by the major Irish artist, Harry Clarke. The saints depicted, clockwise from top left, are:

The brilliant colours of the window with the smaller figures surrounding the protagonists, together with the brightly coloured flowers scattered around, give a jewel-like effect which is characteristic of Harry Clarke’s work.

The window underwent a major restoration in 2013 by Iona Art Glass through the generosity of the Pilgrim Trust, the Glaziers’ Trust and gifts from individuals. Broken glass was repaired, and the whole window cleaned, re-leaded and reframed. The windows is now restored to its original radiance, serving as a visible reminder of how God’s grace works through his saints.