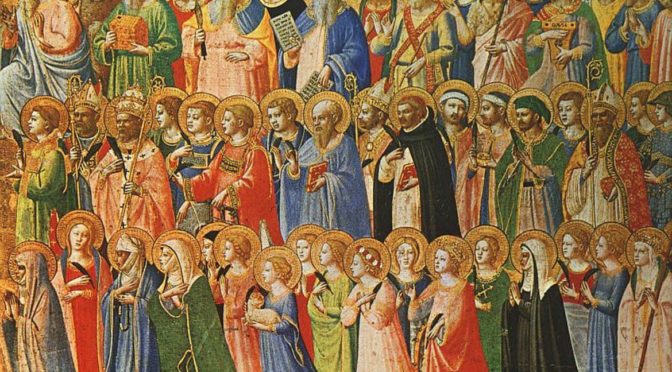 Christ continually calls men and women, young and old, to follow him in his Catholic Church, and the Church in turn rejoices in sharing his Good News and the many blessings he offers.

We run a programme each year at St Cuthbert’s for those who are investigating becoming Catholics, looking at the teaching and life of the Church which she has received from Jesus Christ. You don’t have to be sure to come along: just wanting to find out more.

If you are not already baptised in a recognised Christian group, you would be invited to participate in the Rite of Christian Initiation of Adults (RCIA) which leads up to Baptism at Easter or shortly afterwards. Sometimes the whole process of preparation is called “RCIA” as a shorthand. Confirmation and Holy Communion would follow immediately.

If you are already baptised in a recognised Christian group, you would be invited to profess the Catholic Faith and be received into the full communion of the Catholic Church. Again, Confirmation and Holy Communion would follow.

Alongside those who are investigating becoming Catholics we also welcome adult Catholics who have missed out on Holy Communion and/or Confirmation; and others who simply want to refresh and explore their knowledge of the faith.

The programme usually begins in October, culminating at or shortly after the following Easter. If you are interested, drop us a line via the form below.