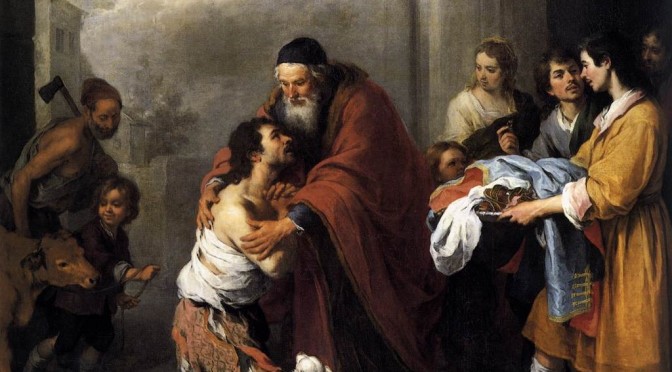 As we come to the fourth Sunday of Lent, change is coming. We look up from our penitential practice, to the horizon. Rose-coloured vestments suggest the dawning light of the Easter morning. We sing benedictus qui venit… (blessed is He who comes in the name of the Lord) with a fresh anticipation. Though Lent is not over — we have three weeks yet! — we have made it halfway. If we have not been as disciplined as we had hoped, here is an opportunity to make a fresh start. With the Lord, it is never too little, too late.

Just as the father received back his son, the one who had squandered everything and debased himself; just as the father welcomed and forgave the older son who sulked, so also he holds his arms open to us. Whatever we have done or failed to do this Lent, now we can put it behind us and, even in the midst of Lent, try again. Now, as ever, we depend not on our own merits, but on God’s abundant mercy. He waits for us, with a patience that is unimaginable.

As we return to him, as we are called to do especially in Lent, we begin to receive the joy that will be ours on Easter morning. So let us unite ourselves to the one ‘who comes in the name of the Lord’ now in our penitence, that come Easter we may be found in him, rejoicing.