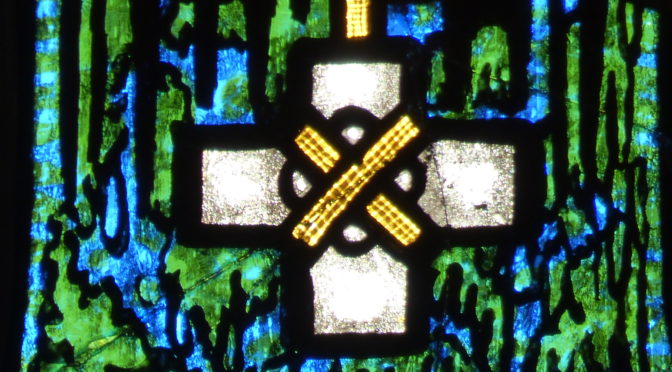 It may startle us to see an angry Jesus in today’s Gospel. We are more used to seeing him gently blessing children, or reaching out to the sick with a healing touch. Today, Jesus makes a whip and drives out the money-changers and the animal sellers. But John doesn’t tell us that Jesus hurt anyone – though he certainly caused a commotion.

What drove Jesus to such anger? The Temple was God’s house – a place of prayer and worship for the whole Jewish nation (and for foreigners too.) The money-changers converted pagan, Roman money into shekels that were acceptable for offerings to the Temple. The animals sold in the Temple were guaranteed to be without blemish and suitable for sacrifice. Money was being made out of the people’s faith. Jesus, with a dramatic gesture, demanded a purification of the whole system. He was filled with zeal for his Father’s house.

Today’s first reading warns us against the worship of false gods. Money, especially, can easily become a false god that gets in the way of our worship of the one true God. The Gospel reminds us to purify our hearts during the season of Lent. We are called to live by the wisdom of God, not of the world.