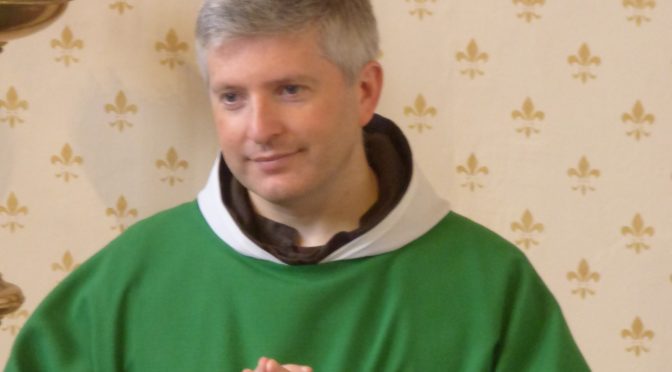 Fr Liam will be returning to Durham this week, for his final PhD exam – please pray for a good result! There will be a special Mass at St Cuthbert’s on Wednesday 8th December at 7pm, to celebrate Fr Liam’s time with us, with refreshments afterwards. Everyone is welcome, but please book a place at Mass in the usual way.

Fr Liam included the following in the Acknowledgements for his thesis: I owe a particular debt of gratitude to the parishioners of St Cuthbert’s and the students of the Catholic Society, Durham. Their kindness, hospitality, and Christian faith was a constant source of encouragement these past three years. Deo Gratias. 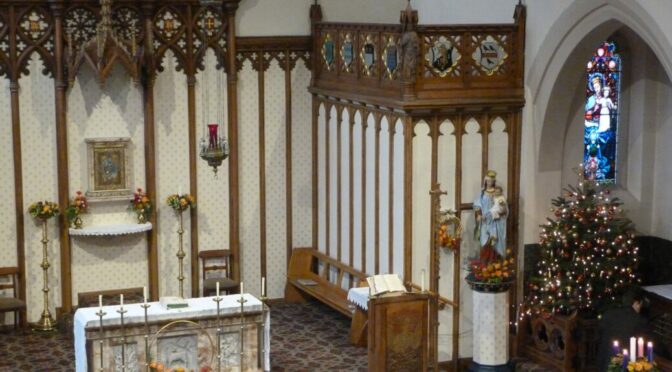 The Chaplaincy Advent Carol Service will be on Thursday 9th December at 7.00pm.

This year’s Parish Carols by Candlelight will be held in the church on Sunday 19th December at 4pm.

Everybody is very welcome to both of these services. 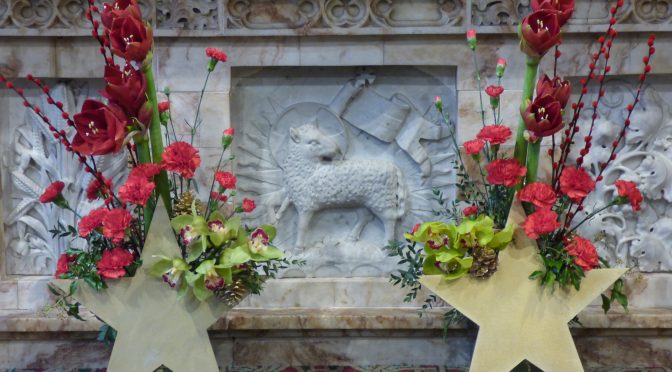 With Christmas fast approaching please keep the Church flowers in mind. It is incredible to believe that, with all the lockdowns, it is now two years since – apart from a wedding – we have been able to do fresh flowers.  During this time flowers have increased unbelievably in price.  Any donations will be very welcome either through the Donation Box in the Narthex or directly with Cliona Kear.  Would you like to support an arrangement in memory of a loved one, a birthday or any occasion special to you?  Please contact Cliona Kear on 0191 386 3400 or c.m.kear@dunelm.org.uk

Children’s Liturgy Live Sessions have started again. Because of Safeguarding regulations and to minimise COVID risks, parents and carers are advised that they are no longer able to attend the sessions unless they are a designated helper. If you would like to become a helper (either leading or supporting the sessions), please let Fr Andrew or Mandy Hampshire know – we are always looking for new recruits 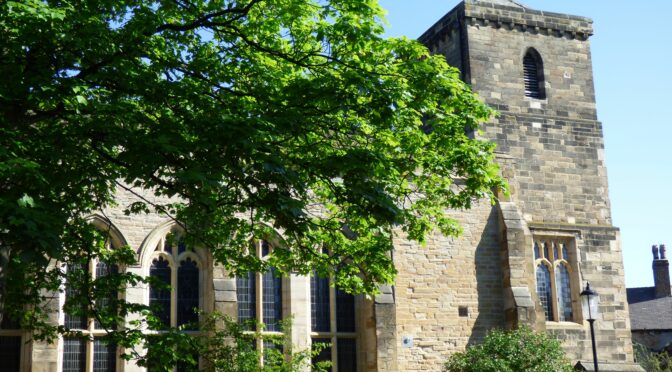 The PPC meeting on 12th November would normally have been a Parish Assembly, where elections for new members of the PPC would have been held.  As this could not happen effectively at an online meeting, members whose term would normally be over have agreed to carry on for the present.  It is hoped that by the next Assembly in May 2022 we will be able to have a face to face meeting where elections can take place. In the meantime, if you are interested in contributing to the work of the PPC, please get in touch with Father Andrew or Helen Schofield via the parish office.

The next collection is Sunday 5th December. Donations can be brought in at any time and left in the box provided. Any of the following items are welcome :- toilet rolls, tinned (tomatoes, fish, chick peas), biscuits, sugar, rice. Thank you.

From this month, our diocesan newspaper is back in print! Please support the Northern Cross, either by buying a copy at church, or by taking out a subscription through www.northerncross.org.uk 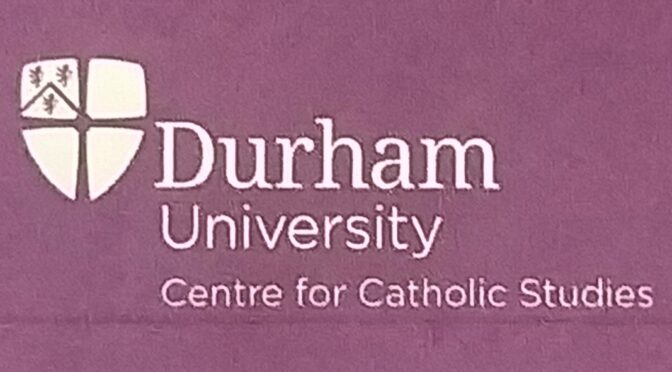 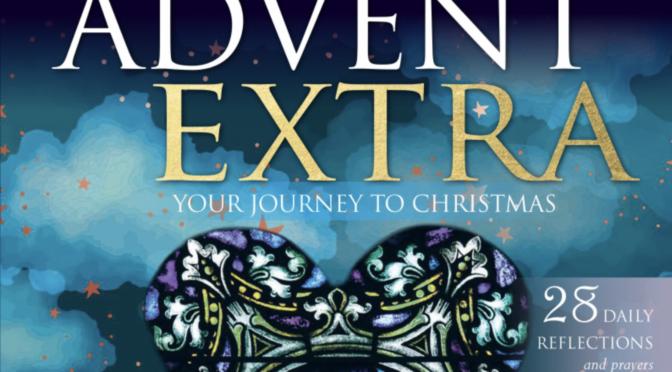 A magazine to help us to make the most of the season of Advent, with daily reflections and articles. Cost £2 (£1 for students.)

Advent Thanksgiving for the Earth with readings, poems and music. At Waddington Street United Reformed Church on Sunday 5th December at 3.00pm. Seasonal refreshments. Everyone is welcome. 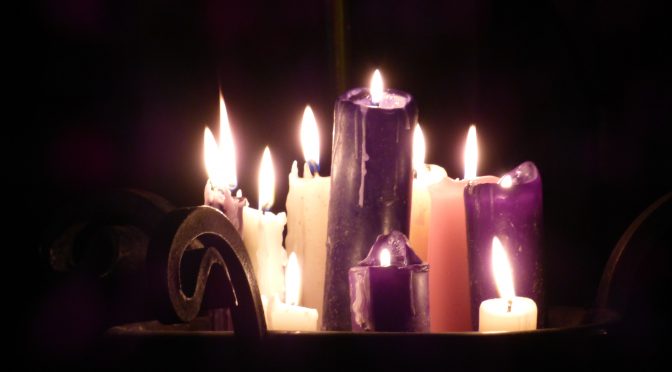 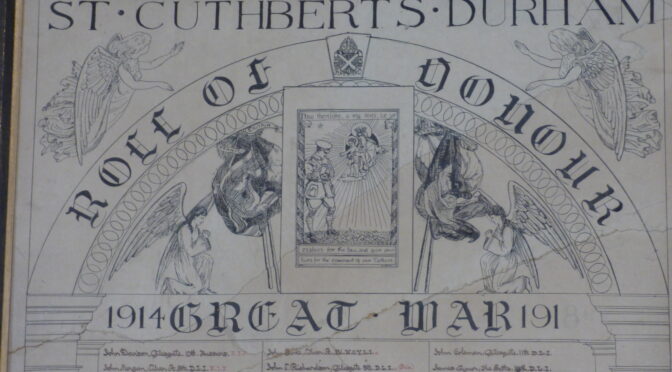 We have added a page to the parish website, containing a transcription of all of the information on our parish Roll of Honour. It can be found in the ‘About Us’ section. Some research has been done on a few of the men named on the roll, but if you have a relative named there, and have information that you wish the parish to preserve, please send it via the parish office. 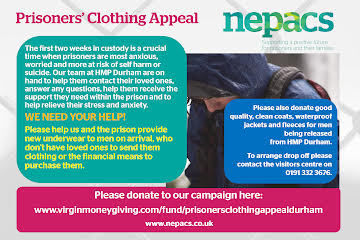 Many thanks to all those who contributed to the online appeal by NEPACS which raised £310, slightly higher than their target! 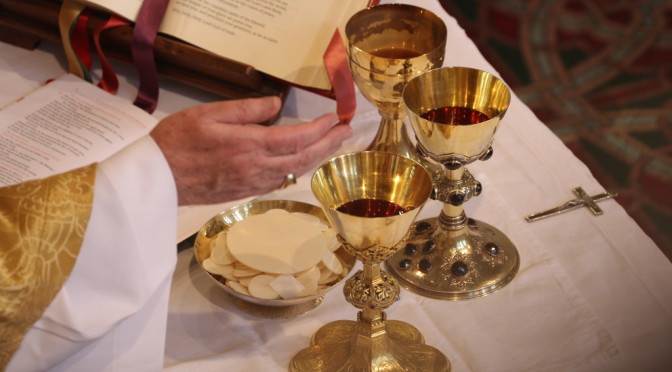 Today, the Church begins the Season of Advent, the time of waiting for the coming of Jesus at Christmas. It’s a time of hope and expectation. The child Jesus will come as a Saviour, bringing joy to the whole world. But in today’s Gospel, Jesus warns his disciples of a time of trial to come, with natural disasters and great disturbances. He tells them to stand firm.

As we look around our world, today may seem a time of trial, with Covid and climate change, wars and famines in different parts of the world. Many people feel fearful and anxious; some look for scapegoats, while others suspect dark conspiracies. As Christians, however, we are called to be people of hope and not of fear. Whatever difficulties and challenges we may be facing, we believe that our future is in God’s hands, and so we have no reason to be fearful. Jesus teaches his disciples to stay awake, to pray at all times, and to avoid getting too caught up in the ‘cares of life.’ This world will pass away, but the teaching of Jesus will not pass away. Our faith and our hope is in him. 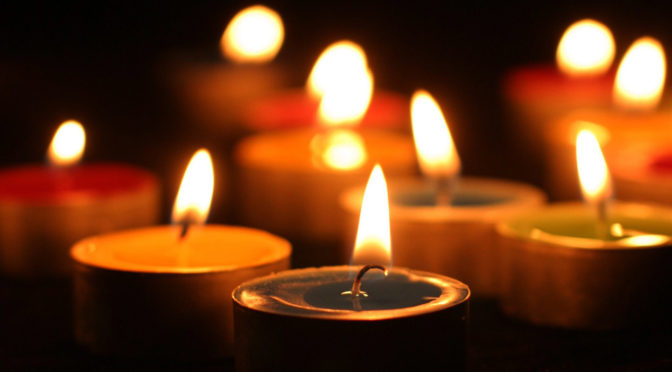 Thank you to all the volunteers who helped to open St Cuthbert’s during Lumiere. We had a total of 171 visits on the three evenings that the church was open.

Mass in the Dominican Rite will be celebrated by Fr Peter Hannah OP on Thursday 2nd December at 7.00pm, at St Cuthbert’s.

The Diocese has provided a short reflection for each of the days of Advent, to help us to prepare prayerfully for the Lord’s coming. Take a printed copy, or see https://diocesehn.org.uk/news/seasonal-reflections-advent-2021/

Jesus stands before Pontius Pilate, who has the whole power of the Roman Empire behind him; legions of soldiers at his command. Jesus, it seems, has nothing. His small band of disciples has deserted him, and he is alone, at the mercy of Pilate. And yet, Jesus says, he is a king.

Jesus is not a king like Herod or Caesar. His kingdom is not one of worldly power. Instead, Jesus says that he has come into the world to witness to the truth. Pilate, cynically, replies: ‘Truth? What is that?’ The only truth that Pilate recognises is the truth of fear and force. He knows that Jesus has committed no crime, and yet he puts him to death out of expediency. Over Jesus’ head on the Cross is the title ‘King of the Jews,’ meant as a cruel mockery.

Two thousand years later, the Roman Empire is long gone, and Jesus Christ has billions of followers around the world, from ‘all peoples, nations and languages,’ as the prophet Daniel foretold. Pontius Pilate is remembered by history only for his role in the death of Jesus. The kingdoms of this world are based on fear and force, but the kingdom of God is based on the truth of Christ. On today’s Feast of Christ the King, we celebrate the truth that cannot be silenced, and the kingdom that will not fall.

Sunday 24th November is World Youth Sunday. Pope St John Paul II said ‘All young people must feel that they are cared for by the Church. Therefore, may the entire Church on a worldwide level be more and more committed to young people. We are very blessed to have the diocesan Youth Ministry Team providing opportunities for our young people, encouraging them into a relationship with Christ and fully into the life of the Church. Through retreats and formation sessions, local  faith in action activities, the John Paul II Awards, Youth Council, Transcend and other opportunities, YMT support and accompany young people on their faith journey.

Today is an opportunity to support this essential work. There will be a retiring collection, or you can Text to Donate (text Youth10  to 70500 to donate £10 or Youth20 to donate £20)