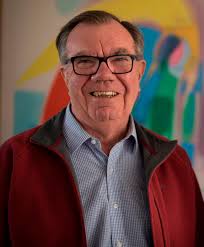 Please pray for the repose of the soul of Monsignor Denis Edwards, who lived and ministered at St Cuthbert’s in 2007-8 as the first St Cuthbert’s Visiting Fellow in Catholic Theology. Denis died on Monday 4th March after suffering a stroke. He was a priest of the Archdiocese of Adelaide and a distinguished theologian: a Fellow of the International Society for Science and Religion, a member of the International Methodist-Roman Catholic Commission and of the national Australian Anglican-Roman Catholic Commission. He was made a Monsignor by Pope Francis, held the Medal of the Order of Australia, and was awarded an honorary doctorate from the University of Fribourg. During his time at St Cuthbert’s, he formed a lasting friendship with Fr Tony Currer, who shared his love for jazz, cricket and Karl Rahner. RIP.

A full obituary for Fr Denis is shown here on the website of Australian Catholic University.