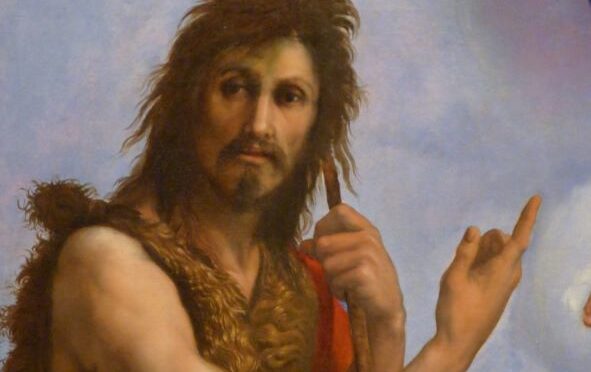 Today’s Gospel begins with a list of important men. Tiberius Caesar was the ruler of the whole Roman Empire; Pontius Pilate was the Roman governor in Judaea; the kings were petty rulers, propped up by Roman power. These were the men who, later, would put Jesus to death. But Luke only mentions them to set the scene. He wants to draw our attention to someone very different. John the Baptist was not a king or a priest. He was a prophet like the prophets of the Old Testament; a man who heard the Word of God and proclaimed it without fear. The rulers of the people lived in palaces, but John preached the Word of God in the desert.

John came with a challenging message: repentance. Repentance means a complete change of heart – a re-ordering of our whole lives, back towards God. The people were baptised by John as a sign that they wanted to change their lives and turn back to God. It was a challenging message, but it was also one of hope; repentance brings God’s forgiveness. As we prepare to welcome the Lord at Christmas, John challenges us to turn our hearts back to God, with a promise of mercy and forgiveness.