Our parish collects biscuits and toilet rolls to help provide basic supplies to asylum seekers in the diocese. These are collected regularly, on the first Sunday of the month. If you would like to donate items and haven’t brought anything in yet then please remember to bring them to Church next Sunday 1 October and place them under the bench in the narthex ready to be collected.

The Justice and Peace group are also holding a collection of unwanted / broken jewellery / watches to be recycled in support of Traidcraft. More than £16,000 has already been raised through this scheme which helps families in Bangladesh to grow tea and so provide themselves with an income that will feed their malnourished children for years to come. Please have a clear-out of old costume jewellery, gold, silver or watches that you don’t wear or need and bring them to church on Sunday 9 October.

CAFOD Harvest Fast Day will take place on Friday 7 October. Envelopes will be distributed next weekend.

In the Northumbria in Bloom Awards held in July, Durham C

ity won the Regional Champion of Champions category. Our own garden here at St Cuthbert’s won a well deserved Silver Gilt! Martin Donbavand and John Urquhart work so hard come rain or shine to keep the garden as wonderful as it is. So well done to them their hard work has paid off!

Please could you let Ciara in the parish office know on 0191 3843442 or email office@stcuthberts-durham.org.uk of any Sundays you will not be available for the new rota by noon on Tuesday 26 September. The new rota will run from Sunday 9 October until Sunday 15 January.

Their annual Ceilidh will take place on Saturday 15 October, 7:00pm–10:30pm at Bowburn Community Centre. Tickets cost £5 each and are available from Mandy Hampshire after 10:00am Mass. Everyone is welcome.

The Simon Bates Foundation is organising a Charity Concert to be held at St Mary’s Cathedral on Saturday 22nd October at 7.00pm. The concert features the Felling Male Voice choir, Glynwood Primary Choir, the Swing Bridge Singers and Flotsom and will be hosted by Paul Mooney. For concert tickets please contact Mick McCabe on 07969107791 – tickets £10 (under 16’s £5). Please see poster on the noticeboard.

Does love have a limit? The younger son in the parable believes he has reached the limit of his father’s love for him. He has abandoned his home, gone off to a foreign country and squandered the family’s wealth in the worst possible way. Surely there’s no way that his father will now have him back as a son? But perhaps there will be a place for him in the house as a servant.

The younger son has underestimated his father’s generous love for him. Not only has the father not rejected his wayward son – he’s watching out for him, anxiously waiting to welcome him back, and ready to throw a party to celebrate his return.

The elder son, sadly, has no grasp of his father’s generosity. He sees his work on the family farm as “slavery,” and his brother’s return prompts resentment rather than rejoicing. If the younger son represents the sinners who are seeking the company of Jesus, the elder stands for the “righteous” Pharisees and scribes.

This parable shows us the extravagance of God’s love for us. When we turn away from God’s love by choosing to sin, God seeks us out, ready to forgive us, and to celebrate our return home. God’s love and mercy has no limit.

We warmly welcome to Durham any students who have arrived early, whether as post-graduate or pre-sessional students, in advance of the start of the University academic year! We encourage all Catholic students to register on-line with the Chaplaincy – that way we know who you are and can keep you up-to-date with what is going on. See www.durhamcatholic.org/freshers for details of the programme for the induction weeks and to sign up.
Not going to Durham? Most of our Universities and Higher Education Institutions have a dedicated Catholic Chaplain based in the university or the local parish. The Catholic Chaplaincy is a place for you to explore your faith as a young adult, to meet other young people with similar interests from a great range of backgrounds, and to get involved in activities and social outreach. If you already have a strong faith, this is a chance to deepen it. If you are full of questions and doubts, this is a chance to share them and search for some honest answers about life and faith. Everyone is welcome.

To find your local Chaplaincy, and for contact details of all the University Chaplains and Catholic Student Societies, visit the “CathChaps” website at: www.cathchaps.co.uk

It is a request from the Holy Father that a Day of Prayer for Peace be promoted in our parishes on 20 September 2016. On this day there will be an Inter-Religious gathering in Assisi presided over by Pope Francis.

Fr Andrew Downie moved in on 5 September 2016 to take up his new roles as Parish Priest of St Cuthbert’s and Catholic Chaplain to Durham University.

Fr Andrew is a native of Sunderland; he studied Natural Sciences at the Cambridge and later qualified as a solicitor. He trained for the priesthood at the Venerable English College, Rome, where he gained a Licence in Fundamental Theology from the Pontifical Gregorian University. Ordained priest in 2002, Fr Andrew came to St Cuthbert’s in September 2016 from being parish priest of St Patrick’s and St Pius X, Consett. In the past he has served as Vocations Director for the diocese and Chaplain at the Universities of Newcastle and Northumberland.

Fr Andrew has a special interest in the teaching of Vatican II, and in the encounter of faith with contemporary culture, and is studying for a PhD part-time in Durham University’s Department of Theology and Religion.

We warmly welcome Fr Andrew to Durham and St Cuthbert’s!

Find out more about Open Gate, a local charity that assists women released from Low Newton Prison by joining the Durham Martyrs and St Cuthbert’s Justice and Peace Groups at St Joseph’s Church, Gilesgate on Tuesday 20 September at 7:30pm after the 7:00pm Mass. Representatives from Open Gate will talk about their work. Everyone welcome.

The Justice and Peace group are holding a collection of unwanted / broken jewellery / watches to be recycled in support of Traidcraft. More than £16,000 has already been raised through this scheme which helps families in Bangladesh to grow tea and so provide themselves with an income that will feed their malnourished children for years to come. Please have a clear-out of old costume jewellery, gold, silver or watches that you don’t wear or need and bring them to church on Sunday 9 October.

We bade farewell to fr. Tony on Tuesday 30th; he is now based at St Dominic’s, Newcastle, but for the time being will continue to work at Durham Prison.

This Sunday, 4 September, is fr. Ben’s last at St Cuthbert’s will be Sunday 4 September. After the 10.00am Mass there is a barbecue to wish him well for the future.

fr. Ben will celebrate the 9:15am Mass on Monday 5 September – which will be a requiem Mass for deceased friends and benefactors of the Order of Preachers – before departing. After a break for a couple of weeks, he flies to Rome on 23 September and can be reached at:

Fr Andrew Downie will move in to the Presbytery later on Monday 5 September; he will celebrate Masses from Tuesday 6 September, and his first Sunday at St Cuthbert’s will be 11 September.

If you think you could foster a child or are interested in finding out more about fostering, you can go along and meet the team for an informal chat at the Farmers’ Market in Market Square, Durham on Thursday 21 July between 10:30am and 2:00pm.

The next Parish evening will be on Wednesday 20 July, with Mass at 7.00pm, followed by a shared meal and a discussion. We will be joined by Karen Kilby, who will lead our discussion on the relationship of love and suffering. The evening will finish at about 9.30pm. All are welcome. 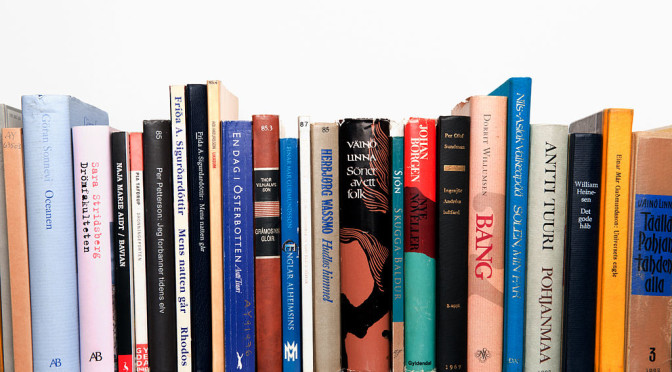 The parish reading group  have arranged to meet for a meal together at The Rose Tree in Shincliffe at 7.30pm on 24 June. Please contact Margaret Harvey (margaretharvey@uwclub.net  or 0191 3840080) if you would like to go.

Future meetings of the reading group will be at 25 Orchard House at 8pm on the following dates:

25 October to discuss Solzhenitsyn, One Day in the Life of Ivan Denisovitch 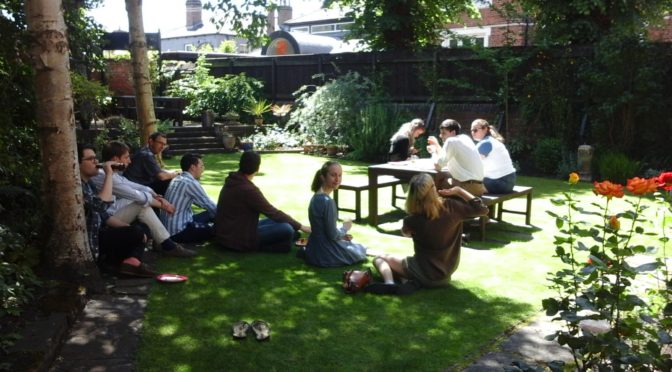 Will be held this Saturday 22nd June. Mass will be at 12:15pm and the BBQ afterwards. Students, alumni and parishioners are welcome.